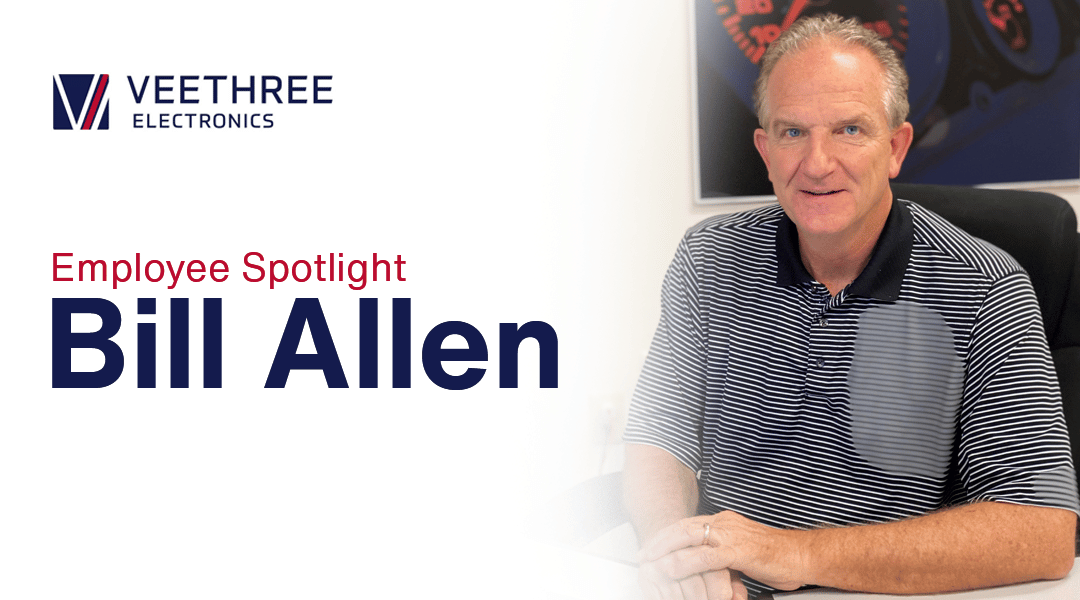 He has been with Veethree Electronics since the very beginning when they were formed in 2009, coming to the company from Teleflex Marine where he was the Plant Manager/Operations Manager. Teleflex Inc. were bought by Veethree, and Bill took over the role of Plant Manager. In total he has been in the marine industry for an amazing 28 ½ years. During that time, he has seen a lot of change, both in the industry and in Veethree.

Bill is all about people and the favorite part of his role is the relationship building with colleagues, and customers. Every day he can be seen walking the production floor, speaking with the team and letting them know that he is there to support them. In his time at Veethree Bill has built some lasting friendships with his colleagues so that when he celebrated the big 6-0 in 2018 his colleagues went all out with the celebrations and gifted him a number of accoutrements suited to his age including a walker and a magnifying glass.

He is proud of the strong team that has been built at Veethree and recalls:

“The team outdid themselves when we moved into our current location, moving a manufacturing facility into a 52,000 square foot building; moving equipment, offices, and all manufacturing cells, within a weekend or 48-hour period. We shut down on a Friday afternoon and by Monday morning at 6:30, the facility was up and running production for our customers!

I think of that often, as it showed a true strength of what can happen when everyone works together! I’m so very proud of our employees!”

But it’s not all work for Bill and his family. When he’s not playing with his grandchildren, Bill enjoys golfing with friends and business associates, as well as gardening, and can often be found working in his yard at his Florida home. And when the weather is right he can be found floating on rafts with his wife in the pool!

But there could soon be less time to relax as over the next six months both of his daughters are expecting baby boys with their due dates only two days apart. This will increase his grandchildren to five – four boys and one girl. Advanced congratulations to him.