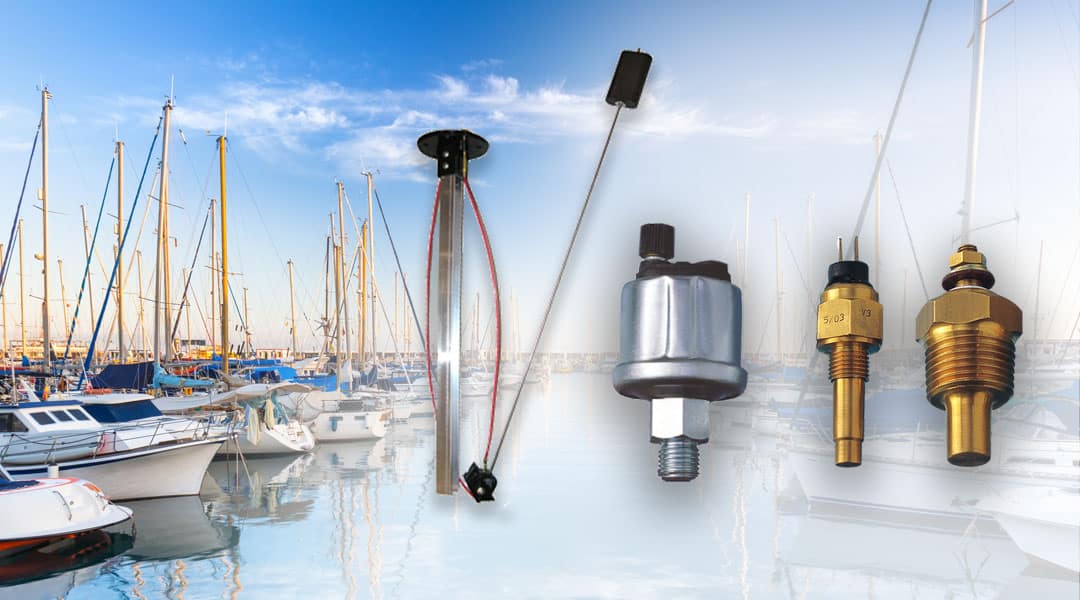 As with every industry, the yachting and boating industry is moving technologically very quickly. Whilst digital sensors are typically included by manufacturers with their electronic engines, traditional mechanical engines often require additional sensors and aftermarket replacement parts. This means analog sensors are here to stay, resulting in boat builders still requiring reliable and cost-effective sensors to complete their builds.

What’s the point of sensors?

The main point of having fully functioning efficient sensors is to be alerted if something critical or unusual happens within the engine environment. These alerts typically appear on controls such as an alarm or may even stop an engine automatically depending on how the controls are configured.

While you would typically expect traditional analog dials to feature in a mechanical engine environment, digital displays can be utilized. Receiving the sensors analog signals direct to input ports on the displays, offering a modern digital dash in an older mechanical engine setup.

There are a vast array of sensors available so boat builders can ‘mix-and-match’ according to their particular requirements. These could include:

Care should be taken when selecting sensors to determine the type of engine that is being used and whether it is manufactured to American or European ohms Ranges.

Here at Veethree we have a comprehensive range of sensors available to boat builders which are designed to be highly reliable and durable to withstand the demands of marine environments. Our sensors are vendor compatible acting as drop-in replacements for makes such as Stewart Warner and VDO.

Our senders, sensors and switches are typically available in both American and Standard European ohms ranges, and we also can offer bespoke development where applicable.

Standard or custom all of our sensors are robust and reliable for measuring fuel, pressure, speed and temperature. To find out more about the available products head over to our products page.