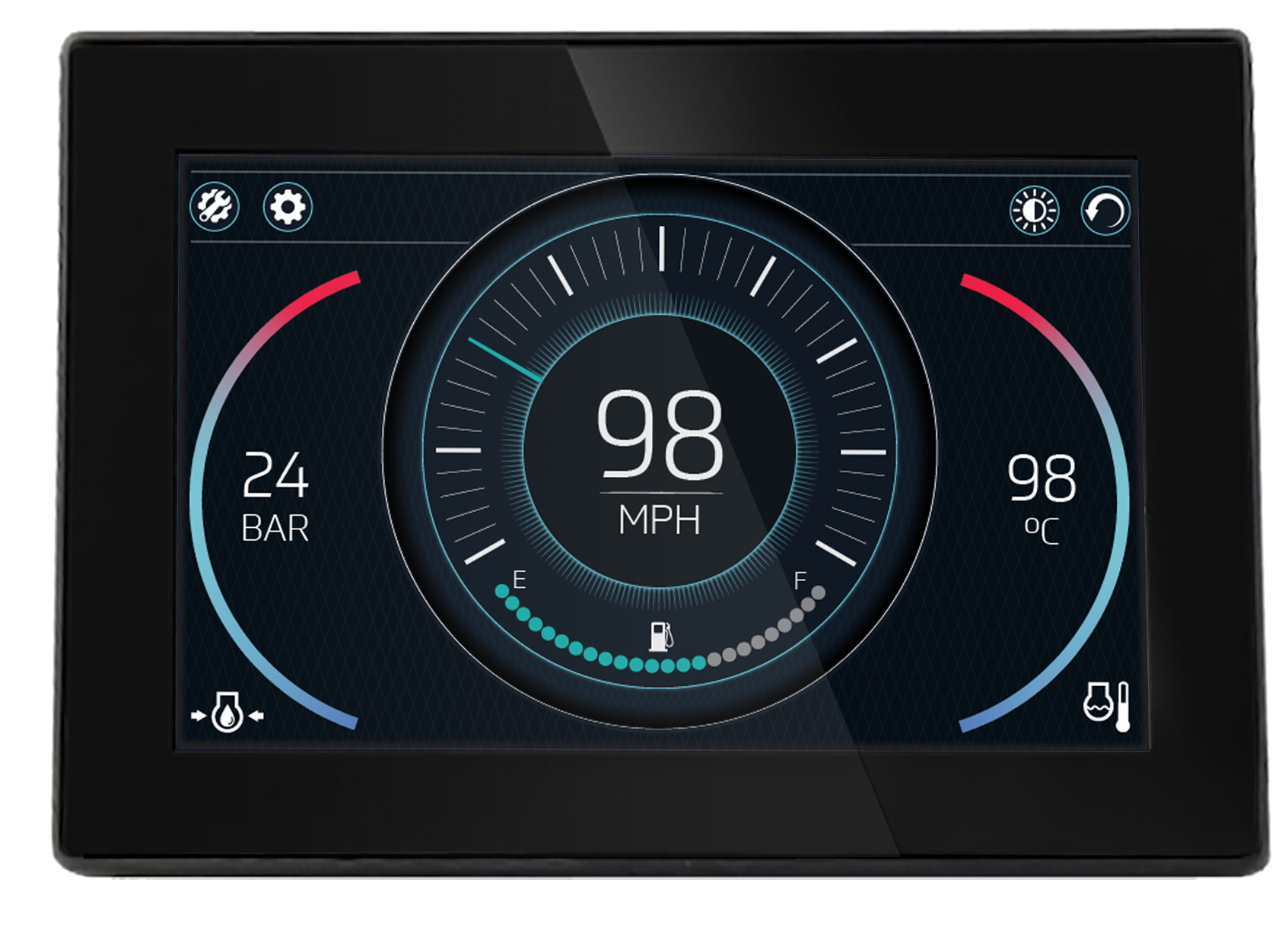 Plug and play engine monitors designed to be used with all engine types, including analog, J1939 & NMEA 2000 Engines.

The range incorporates a variety of types and screen sizes from a round 3″ display to a slimline 7″ display. Each model of display has varying levels of the number and type of inputs.

The software is common across the range supporting inputs from analog, J1939 and NMEA 2000 engines that can be configured via the setup menu.

The UEM software provides selectable icon based display layouts; including a comprehensive text based fault warning and acknowledgement system and a series of 'hidden until lit' alarm lamps.

The UEM includes a 'gateway' feature that converts inputs (including Analogue signals, J1939 and NMEA0183 for GPS) to NMEA 2000 allowing engine data to be broadcast for display on other onboard multi-function displays.

All Veethree products are backed up by a dedicated and highly experienced team of software engineers, ready to draw up specifications for custom software, undertake the work, test the code and deliver fully functioning products.

harnTRONICS provides wiring harness assemblies, battery cables, and turn key solutions in the field of solutions to the automotive, off highway vehicle, and electronics industry; flexible to customer requirements and improving performance.

The Metasystems Division of Kongsberg Maritime was searching for a programmable display that could be used to show specific sensor data that measured shaft power and torque.

The M4 display is integral in providing a pumping operating system that delivers peace of mind and enables valuable capital equipment to be run unattended.

In this application The C3 is configured to accurately measure and display the moisture content present when baling and cope with a diversity of crops.